Not only saves from the evil eye, but the black thread also draws money

These benefits are available– The black thread is useful for getting you a lot of money. It is used on Saturday or Tuesday. If you are struggling with money, then on any Tuesday or Saturday, take one hand-long black thread in Hanuman temple. After touching this thread with the idol of Hanuman Ji, put nine lumps in it. After this, take a small vermilion from the right toe of Hanumanji and apply it to this thread. Bring the thread to your home and tie it in the vault. This will remove the hurdle in the flow of money and you will start receiving a lot of money. Do not talk to any other person while doing this experiment.

By tying the black thread, muscle growth is good– You must have seen many wrestlers tying black thread on their side. There is a shocking reason for this and you will also be surprised to know. By tying black thread in the arm, muscle growth of the body is good. If you are going to the gym or the arena, then try tying the black thread in the arm. Your body will have good growth and your body will be attracted to the work done in the gymnasium or the arena. People who are suffering from Shani dosha. Saturn is corrupted in the horoscope. If you are running half-and-half or halfway, then such people tie a black thread on the neck or right arm on Saturday. This will give peace to Shani and will not cause pain.

Black thread is tied to cure the disease– if you or a member of your family has been ill for a long time. The disease is not taking a cure. Fever is coming every day. So, taking the name of Hanumanji, tie a black thread to the patient’s right toe. This will cause fever and the disease will be cured quickly. Prevents black thread from sorcery If you think someone has snapped at you or your house, bring black thread on Tuesday and take the name of Hanumanji and tie it in four directions in four directions of your house. If something had happened, he would go out of the house.

You will have seen a black thread get rid of troubles– Many people have white stains all over their bodies. People who have white spots. They should tie a seven-layer black thread around the neck. This will cure white spots within a few months. If there is a problem of hair loss due to weakening hair, then tie the black thread in your hair before sleeping at night. Hair stops breaking with this use. If you have a garden in your house and there is no growth of any tree in it, then tie a black thread to that tree. There are also some traditional experiments which have been adopted in our door-to-door for years. If the children are afraid, sleepy, have nightmares at night, then they should tie a black thread to Lord Hanuman’s temple which is touched by the idol.

In India, people have many religious beliefs associated with black thread. It is said that tying it saves you from evil eyes. Some people believe that tying a black thread on the ankle relieves pain.

People bring black thread from the temple of Baba Bhairav ​​Nath and wear it. Many beliefs associated with black thread are famous, so let’s know it concerning religious beliefs, it also has astrological significance.

According to astrology, the black color is considered a symbol of Saturn. Rahu Ketu is considered to be the cause of negative powers or vision. The black thread avoids the inauspicious effects of Rahu Ketu. Wearing the essential thread used in the worship of Shani Dev protects against evil eyes. One should chant Shani Dev’s mantra twenty-one times after wearing a black thread.

After tying black thread, chant the Rudra Gayatri Mantra daily. This increases the effect of black thread. This does not make people look, but in the present time, the black thread has emerged as a fashion on the foot. Now every girl follows this fashion and ties a black thread on the foot.

There are many scientific reasons behind tying the black thread. Our body is made up of five elements which include elements of earth, air, fire, water, and sky. When we feel the bad eyesight of a person, then the related positive energy from these five elements does not reach us. That is why a black thread is tied in the body. 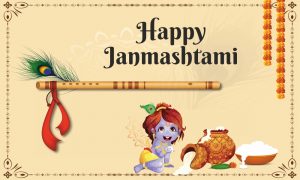