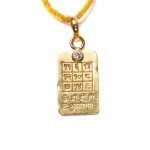 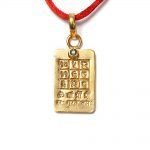 Surya Yantra helps if the person is arrogant. Angry at small things and is ready to fight. The inauspicious Sun makes the heart hard, that is, there is a lack of compassion in the mind. Sun affects the eyes, heart, and bones. Sun is the possessor of spiritual strength, patience, and health. Weakness, mental disturbance, heart disease, and eye-relate diseases can be formed when the sun is weak. In such a situation, if the worship of original Surya Yantra benefits is done lawfully, then there is an increase in inauspiciousness. When the Sun is strong and in an auspicious position, it gives the official and special status.

The twelve zodiac signs and navagrahas have special significance in astrology. At the same time, each planet has its own importance in the Navagrahas, but the Sun has special significance in all these planets and has been called the king or father of the planets. The Sun has been considering the soul factor. People who have a good sun position in their horoscope are full of confidence. At the same time, the fate of the caste always shines when the Sun has an auspicious effect. Sun is also say to provide fame, so the person in whose horoscope the Sun is in a good position gets fame, respect, and high status in politics and government departments. At the same time, those people who have Sun’s position in their horoscope, there is a lack of confidence in those natives and they have to face incest and attacks. According to astrology, Surya Mantra is the most powerful way to strengthen the weak Sun. By worshipping it regularly you can get new dimensions in life.

Astroeshop provides you with the most powerful yantra and it is energize by the world’s best astrologer Acharya Indu Prakash Ji. The provide yantra gives an immediate positive result in your life and brings happiness. to consult more about your problems and get genuine advice from Acharya Indu Prakash Ji, contact him through Astroeshop.

Surya Yantra helps to bring positivity into your life. In astrology, the sun is recognize as the dominant planet. Sun god is consider to be the most powerful planet in the Navagrahas, it has been called Atma Karkar. All planets revolve around them. According to astrology, the entire world is influence by the zodiac sign and the planets. Surya is the main planet of Pitta, people affect by them become very angry very quickly. Seriousness and self-respect are also seem in the people affect by them. It gives strong willpower and provides leadership ability.

The natives never face failure due to the positive effect of the yantra, by wearing this Yantra also provides special benefits in government work, jobs and business. At the same time, by installing this Yantra in the place of worship of the house, victory is prevalent in the cases running in the court. Those who have headaches, fever, cardiac problems, eye problems, etc. should wear pendants of Surya Yantra. The natives who do not belong to their fathers should install Surya Yantra in their homes.

Those who have to face inadvertence or convulsions should wear Surya Yantra Pendant to avoid them. If the Sun is in a bad position in someone’s horoscope, then not all other planets also show their full effect. In this case, Yantra provides benefits. With the help of this Yantra, you are able to establish a cordial relationship with your boss or high officials. If you get extremely angry then you must wear the Surya Yantra locket.

Things to keep in mind

While wearing Yantra, important steps like its purification and life prestige should be include. Yantra does not provide any special benefit without making life dignity. Therefore, before having this yantra, make sure that it is duly made and has its life reputation. After purchasing the original Surya Yantra locket, after consulting an experience astrologer, you can contact with world’s famous astrologer Acharya Indu Prakash Ji. It should be wear by sitting in the right direction of the house. The habitual and active Yantra should be install on Sunday.

To wear the Surya Yantra benefits, first of all, get up early in the morning and after bathing, keep this Yantra in front of you and chant the seed of the Sun 11 or 21 times and chant  “ॐ ह्रां ह्रीं ह्रौं स: सूर्याय नम:”. After that, purify the Ganga water or raw milk on the Yantra and pray with folded hands to Suryadev to give maximum auspicious results. After installing Yantra, wash it regularly and worship it so that its effect is not reduce. If you keep this yantra in your wallet or wear it around your neck, after bathing, worship the above method with the instrument in your hand.