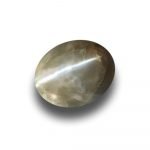 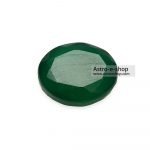 White coral is a very miraculous gem. In texture, it is similar to red coral but its color is white. White coral is the gem of Venus. Capsule-shaped coral is more popular. Reduces the side effects of Venus by at least 60 percent. Everywhere, one gets to hear the same thing that the more weight a gem is, the more beneficial it will be, but instead of believing in the things heard, you should test yourself and see how things work. The weight of the gemstone that is being worn should be the same as the strength or strength that the planet sitting in your horoscope requires. If Venus is in low zodiac sign in your birth chart, don’t forget to wear white coral. Diamond, the real gem of Venus, can calm the effect of your Venus. The Uparatna will either break or it will come out of your finger due to some other reason.

Best coral is found in such countries Italy, Taiwan, and Hongkong coral are considered superior coral Avam native coral is considered to give moderate fruit. Astroeshop provides you best quality of the gem, which gives you immediate results.

White coral is a gemstone used exclusively in the state of physical and mental debility of biological medicine, astrology, and Ayurveda. Acharya Indu Prakash Ji said that the white coral is the jewel giving benefits of Venus and Mars. It is related to Taurus and Libra zodiac. These gems must be worn by those who want safety, prosperity, and spiritual awakening.

Wearing it fills the love between husband and wife. Health, wealth, and wealth are attained. It saves the person from any evil activities by eliminating negative energy. Tainted, Chiradar, the other two dyed, Khadda, Dadak Dar coral gives fruit, famines are a manifestation of death, so do not wear this type of coral.

In fact, coral in the sea is made by a particular type of animal. These animals extract red-colored gluten from themselves and make a colony of coral. It is called coral reef in English. From here, it is obtained in the form of long branches and then it is cut into small shapes and worn as gems. It is found naturally in red, vermilion, and other colors. The natural availability of coral gemstones like a pearl is also found in the sea. As abundant as it is found naturally, the demand for it is increasing in the national and international markets.

How to use coral
Coral is worn in a gold ring. If it is not possible to buy a gold ring for economic reasons, it can be worn by mixing a little gold in silver or by inlaying it in a copper ring. Coral must have a minimum weight of 6 gems. It should be bought and worn on the same day by getting it ringed on Tuesday. According to Acharya Indu Prakash Ji, to awaken the coral in the ring, it should be worn ten thousand times by chanting “Om an Angarakaya Namah”. According to astrology, one should wear an Anamika finger on the right hand one hour after sunrise on Tuesday of any Shukla Paksha.