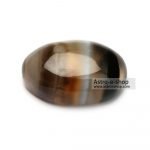 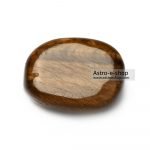 Neeli upratna can be worn as a sapphire gemstone. Those people in whose horoscope Saturn is the lord of auspicious sentiments and is situated in a weak state can wear this Uparatna.

Astroeshop Provides you 100% original and genuine products, which are already energized by the world’s best astrologer Acharya Indu Prakash Ji. Provided gemstone gives you an immediate result, it may bring more happiness in your life.

From the Ancient time. Neeli stone is famous as an attractive gem. In ancient times this Uparatna was used by sailors to guide the sea as a compass (In ancient times, Iolite sub-stone was used as a compass to determine the direction in seas). With this help, he traveled to distant countries and reached his destination.

Sailors observed that when the aerolite is seen in the sky in the north or south direction, it emits purple waves with different types of blue aura. This made them aware of the direction. In the olden times, it was believed that if the artist wears this gemstone, then his creative ability develops immensely.

It helps in opening the door to the inner self-power of a person. It helps in finding the internal parts of a particular person, that is, it develops internal physical abilities. Many scholars believe that this above is helpful in providing information about past lives. It is considered to be the epitome of self-sight and creative and creative expression.

This Uparatna brings happiness to the life of the bearer. It has all the qualities of connecting with others. Wearing it removes throat disorders. If there is swelling in the veins, then wearing this Uparatna is beneficial. This aphrodisiac is useful in getting rid of skin disorders. If there are more blisters on the body, a person gets diagnosed with ulceration by wearing this Uparatna. Intensifies the intellect. This gemstone is also used in healing therapies. Which is very helpful in keeping the mind and brain calm. This upratna can be worn as a sapphire gemstone. Those people in whose horoscope Saturn is the lord of auspicious sentiments and is situated in a weak state can wear this Uparatna.

Benefits of Neeli
The use of Neeli stone helps in giving fruits quickly to the native. Neeli stone is very helpful in getting progress in life.
Wearing this gem brings the person prosperity, happiness, and good times. Gives you mental satisfaction and positivity. The use of this gem is also considered very good from a health point of view. This gem plays a very positive role in promoting vitality and enthusiasm. Neeli protects the person from wrong things and negative things like tantra-magic-sorcery-totka. The use of this gem increases the efficiency of a person, and Individuals are capable of doing any task seriously.