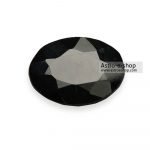 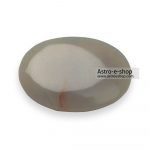 Gomed is called the gem of Rahu in Vedic astrology. Being a gem of the Garnet group, it is called Gomed in Hindi and Hassonite Stone in English. It is usually honey-colored and appears to be dark brown or red in color. Gomed gemstones contain the energy of the cruel and powerful Rahu planet. Rahu has more importance and influence in Kalyug. Due to this, gomed is an effective gem, which removes the defects of the planet Rahu. Wearing it can have both benefits and disadvantages. Therefore, before wearing Gomed it is important to know about it well. It has different names in different languages. In Sanskrit, it is known as Onyx, Pig Sphatik, Rahu-Ratna, gomed in Hindi, Zarkunia in Persian, and Zircon in English. Its color is yellow or similar to that of Gaumutra. If you are thinking to wear this stone, you can consult with the world’s best astrologer Acharya Indu Prakash Ji. He can suggest better, which stones suit you more and more beneficial for you.

Astroeshop provides you 100% original and genuine certified products, provided gemstone is not like a piece of jewelry, it is even energized by expert Astrologers, which gives you immediate positive results.

Rahu is a shadow planet. It has no existence of its own, it starts giving its fruits according to the sense, zodiac, constellation, or planet it connects with. People of astrology suggest wearing gomed when Rahu starts giving adverse results due to low or inauspicious results.

Gomed garnet is a gem of a gemstone group called Hassonite in English. In astrology, it is considered to be the jewel of Rahu. It is yellow with red in color, very similar to the color of cow urine. It is also an effective gem that removes Rahu’s faults. Original Gomed is shiny, smooth. This yellow jewel looks like Owl’s eye. It is also of white color which shines so much that when viewed from a distance it looks like a diamond. According to Acharya Indu Prakash Ji, Gomed is a very cheap gem, but it is not necessary that everyone gets the right Gomed at the time of need. Therefore, it has two elements that can be worn in lieu of Gomed. The first is Uparatna and Tursa and the second is Saafi. Apart from this, Gomed can also be worn in place of onyx.

If the pure onyx is weaved into the sawdust, its brightness increases. Not only this, the defective gomed is not neutralized but proves harmful to the holder. Wearing onyx cures diseases of heat, fever, spleen, spleen, etc. In the diseases like epilepsy, air rage, and piles, taking it with milk is beneficial.

Benefits of wearing Gomed Stone
Gomed is a very powerful gem and is beneficial in many cases. These include physical, emotional, and psychological matters. The major benefits of onyx are as follows:

Gomed gemstone is of special benefit to those who are suffering from Kaal Sarp Dosh. If it is suitable for a person, then Kaal Sarp protects against bad effects from dosha. Gomed is beneficial for those who do business related to politics, public relations, brokerage business, and management. Because with the effect of Gomed, one gets strength, success, and wealth. If a person wears gomed gemstones during the Mahadasha and the inwardness of Rahu in the horoscope, then Rahu is protected from the evil effects of the planet. By wearing gomed, it is beneficial for those who are suffering from stomach disorders, sluggish metabolism. Because it also signifies health and strength. The effect of gomed leads to victory over opponents and the pessimistic thoughts that come to mind are also overcome. Wearing gomed gemstones removes confusion, brings ideological transparency, and brings happiness in the period of Rahu, and gomed removes the feeling of fear and gives self-confidence, motivation, and strength to do any work.

To consult more about the stone and your problems. You can consult with the world’s best astrologer Acharya Indu Prakash Ji, through Astroeshop.