Lohri 2023 is to be celebrated on the winter solstice. The day after Lohri is supposed to increase in daylight, people believe that it brings a pleasant morning of hope. It is a harvest festival that is passionately celebrated by Sikhs. It is basically a festival of Punjab and Haryana. Lohri celebrations start early in the morning and people wish each other great enthusiasm. Let’s know more about this festival.

Why do we celebrate Lohri 2023

Lohri 2023 is a festive time for harvesting Rabi crops. It is a time when people offer gratitude and thanks to the Sun Lord for his gracious blessings to help them have a good harvest.

When do we celebrate Lohri 2023

According to the Hindu calendar, Lohri celebrations take place in the month of Paush and according to the Gregorian calendar, it falls on the 13th of January & 14th of January of every calendar year. The day is celebrate a day before the occasion of Makar Sankranti. It takes place on a similar day when ‘Pongal’ and ‘Bhogali Bihu’ are celebrate in Tamil Nadu and Assam regions.

How is Lohri 2023 celebrated

Celebrations of the divine Lohri festival are mark by the lighting of the sacred fire. Which is consider a highly divine and holy ritual signifying the presence and blessings of Lord Agni. Huge congregations gather around the holy fire where people worship and offer prayers and also throw sacred food (peanuts, jaggery, popcorn, sesame seeds etc.) into the fire. The celebration continues with the luscious bhangra dance. And the singing of devotional songs, which make the whole celebration rousing and joyous. People come in traditional Lohri dresses adorned with eye-catching Punjabi silk and gold thread embroidery and mirror embellished. At the royal feast, people enjoy authentic Lohri food, which is usually traditional and only vegetarian.

What is the meaning of Lohri

Apart from any specific religious significance, there is a significant social significance that is associate with the festival of Lohri. It is a day when feelings of social belonging and love are convey to all members of the community. It is a day when people are relieve from their daily duties and enjoy happy moments and togetherness with family and friends. On this particular day, everyone becomes part of a social gathering and the social divide is bridge People visit each other to exchange greetings and share happiness together.

In addition, the festival also has special significance related to harvest and fertility. India is well know as an agrarian nation and Punjab is one of the most lucrative states in terms of the production of food grains. Hence the harvest and Lohri festival hold immense importance. Therefore, the occasion of Lohri symbolizes harvest, fertility, ripening of crops, culture, heritage and a sense of belonging.

The main objective of celebrating Lohri?

Lohri is the most famous festival in Punjab and Haryana. But is now widely celebrate by Hindus as well. This festival is now being popularize on a large scale among different areas and regions of our country so that everyone celebrates it with great joy and enthusiasm. Lohri is like a festival of thanksgiving as farmers on show their gratitude to the almighty for good abundance and bountiful harvest.

Lohri songs and their meaning

Songs play an important role in celebrating this event as these songs represent the joy and excitement filled inside a person. These songs are enjoy by everyone who celebrates Lohri. An important part of the celebration is singing and dancing. These songs are like traditional folk songs. That is sing to thank god for a rich harvest and abundance. Lohri songs are also sing in memory of the Punjabi warrior Dull Bhatti. People wear their brightest clothes and come to dance the bhangra and gidda to the beats of the dhol. The dhol dance program takes place around the fire.

Over time, people associated Lohri with the story of Dulla Bhatti. The central character of many Lohri songs is Dulla Bhatti, who lived in Punjab during the reign of Mughal Emperor Akbar. To pay homage, many people also mention the Robin Hood of Punjab – Dulla Bhatti. He not only rob the rich. But also rescued poor Punjabi girls who were forcibly take to be sell in the slave market. Among them were two girls Sundri & Mundri who deliberately became the subject of Punjabi folklore. So Lohri songs are sing to pay respect to him for the services he has rendered during his lifetime.

Lohri 2023 in other parts of India

In Andhra Pradesh, the day before Makar Sankranti is know as Bhogi. On this day, all old and abandone things are throw away and new things causing change or transformation are brought into focus. At dawn, the fire is lit with logs of wood, other solid fuels and wooden furniture at home, which is useless. Only materialistic things are not dispose of, along with these things all evil habits and evil thoughts are to be sacrifice in the sacrificial fire of the knowledge of Rudra, known as Rudra Gita Gyana Yagya. It represents the purification and transformation of the soul through the ingestion and instillation of divine virtues. 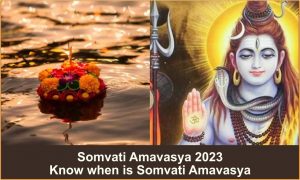 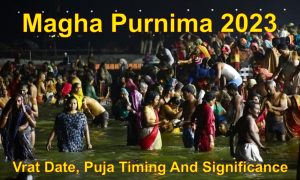